Fish Of The Month
January claims are now all in, and our Fish Recorder Keith Reed has the following report:
Hi there!
As you can see from the list below, we’ve had another good month. The Blonde Ray has all but disappeared, gone to other waters! We now have some good Spurdogs being claimed.
Specie that I thought would have shown up more frequently is the Cod. I’ve heard of quite a few being taken, but not of specimen size.
By now you should have seen the awards winners from last year. All their names, their club and the major award they have won. I hope that all these winners will be at our annual presentation to be presented with the appropriate trophy.
Will update you again in a month.
All the best, Keith Reed (Fish Recorder) 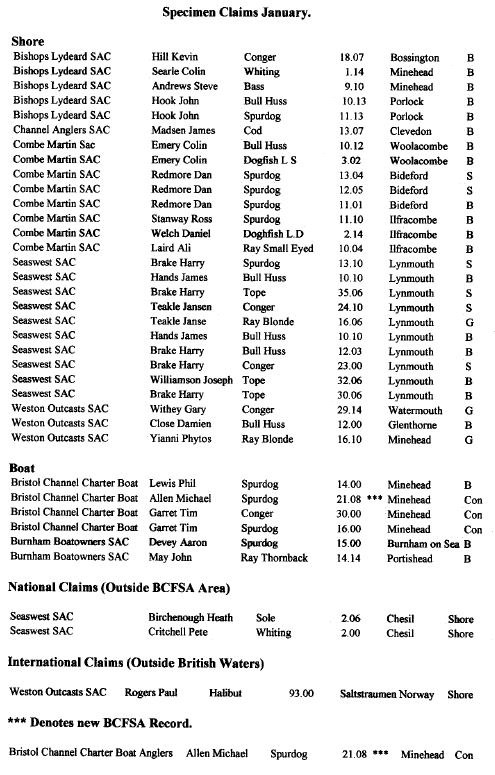 The following are a selection of the bigger specimens, and we’ll finish up with the Cox & Rawle Sponsored Fish Of The Month.

From the boats in January:

Bristol Channel Charter Boats SAC had a great start to the year.

Tim Garret with his 16lb spurdog on Dave Roberts boat the Alykat out of Minehead. Tim also added a 30lb specimen conger on the same day, great fishing Tim! 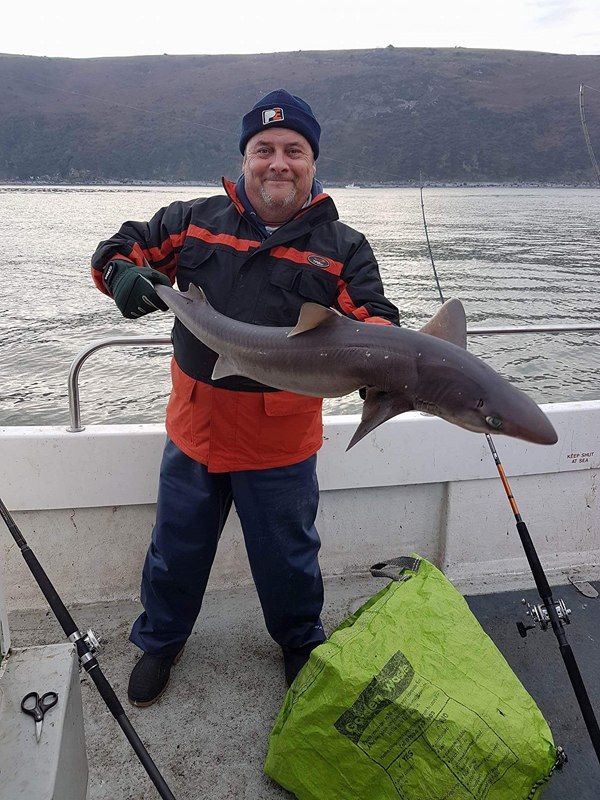 Mike Allen with a 21lb 8 oz spurdog caught on Steve Webber’s boat Osprey, out of Minehead. This one is a BCFSA record. 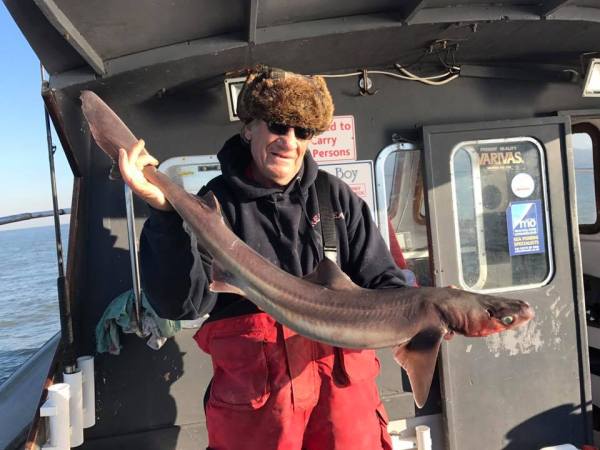 Our very own Phil Lewis, with his spurdog of 14 lbs caught whilst out with Michael Webber on Teddie boy. 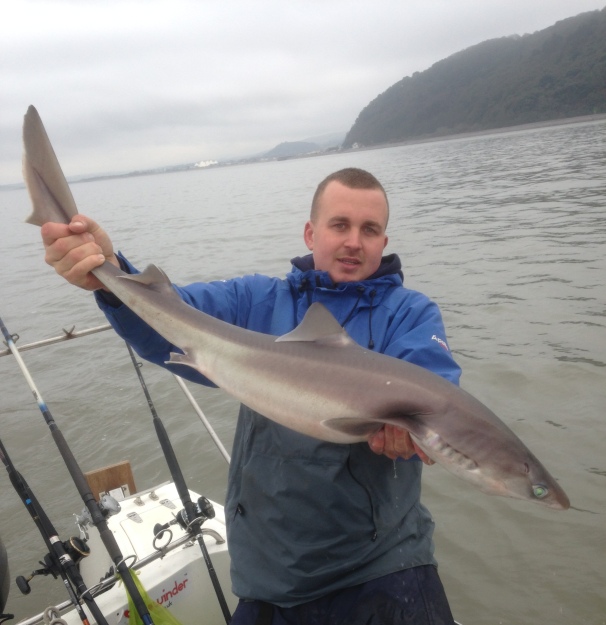 Burnham Boat owners SAC also got in on the action, here’s Aaron Devey with a fine 15lb Spurdog, caught just off of  Minehead. Caught on his dads boat Ultra White, he was fishing with light line for Cod, but kept getting bitten off. Aaron changed to a 100lb trace with size 6.0 hooks and mackerel strips, and soon hooked into this fish which put up a very good fight. Top angling Aaron!

From the shore in January: 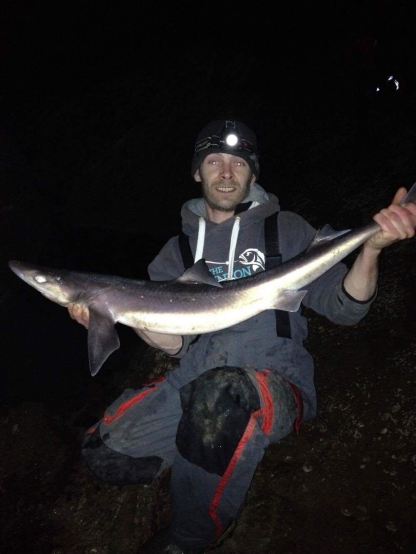 Seaswest SAC members Harry Brake and Jansen Teakle also had a cracking start to the year, among other fish entered were these superb silver and gold entries. 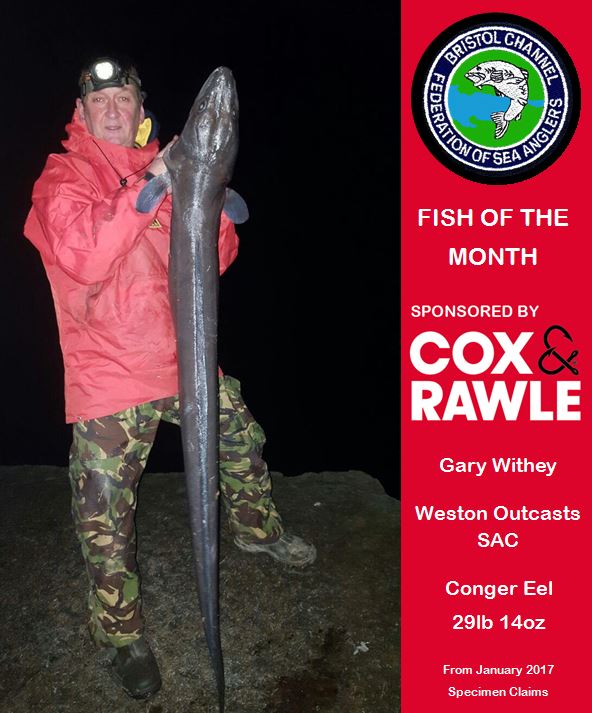 Garys fish was caught from a North Devon rock mark on the 22nd of January. It took a big cuttlefish bait mounted on a pulley rig. Gary said “the eel broke my lead out and went downtide, once I caught up with it, the fish fought hard for about 15 minutes, continually taking line from my reel!”.
We say, a massive well done Gary, and congratulations on winning the Cox and Rawle fish of the month! Heres a few items from your prize, its on it’s way…… 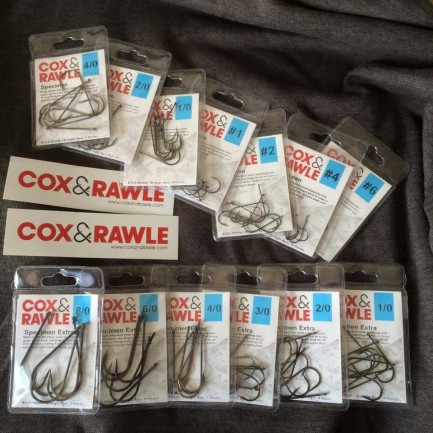 Once again, a huge thank you to our fish recorder Keith Reed, to Cox and Rawle, and to all the anglers submitting their claims. See you next month!