It is with great sadness that I heard of the passing away of our President Don Metcalfe. He was THE founder of the BCFSA and will be sadly missed. I will be putting together some notes that will be placed on the web and facebook mainly to do with the early years of the Federation [here]

Look at the list below, some GREAT fish for this time of year, and it was good to see that a junior has put in a claim AND the fish was put back!

To put you in the picture about the amount of claims I have received this year, it already passes the total amount for the whole of last year, mainly due to the quantity of Rays being claimed. Although the number of boat claims are less than those from the shore, the amount of fish that are being returned has more than doubled.

Will update you again next month. 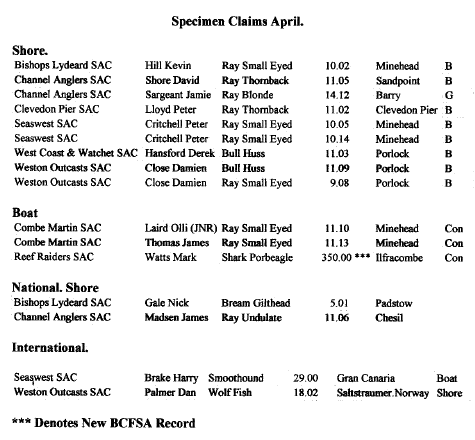 The winner of this months Fish of The Month is Jamie Sargeant from Channel Anglers SAC with a cracking shore caught Blonde Ray of 14lb12oz from Barry, South Wales. 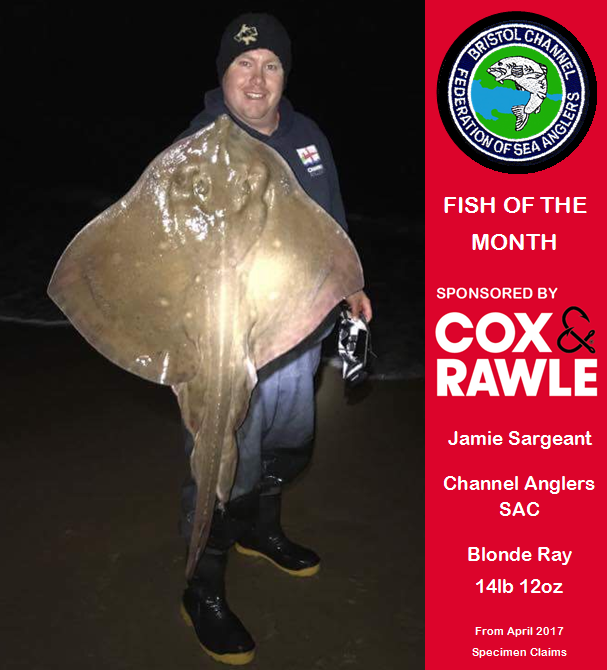 Well done Jamie! your Cox and Rawle prize is on its way.